Send this to me! 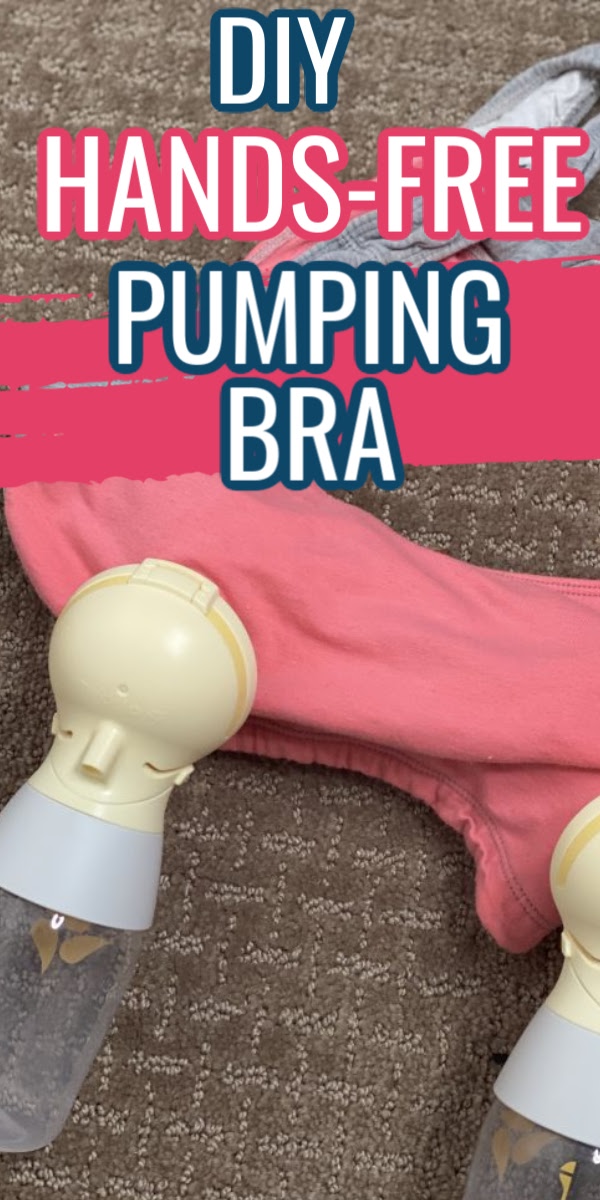 Make. your own inexpensive pumping bra that is hands-free and easy to use following this simple tutorial!

Pumping is not something I enjoy. I am fortunate to not have to pump very frequently, but with my first son, it was necessary for the first few months of his life.

I got so overwhelmed as I would put him in a bouncer or swing as I tried to hold the two bottles up that I would pump in. I would always have to pump for at least 20 minutes to get the bare minimum that I need to pump, and my arms would get so tired.

Plus I couldn’t even sit there and hold my phone and scroll through it mindlessly as I listened to the suctioning of the pump!

I never got a pumping bra. Finances were tighter then, and I just didn’t think it was in the finances. It wasn’t until after I finished nursing that the solution was sitting in my dresser drawer the entire time.

I don’t usually wear sports bras while nursing, just because they can encourage clogged ducts (and I believe they were one of the reasons behind why I got some with my second son), but they can be used to make an inexpensive pumping bra.

There are LOTS of fancy pumping bras out there – and there are a lot of ineffective and annoying ones as well. This homemade pumping bra falls somewhere in between.

This is a great option for a mom who doesn’t want to invest a lot in her pumping bra. It takes less than five minutes to make and works really well.

It’s not the most convenient pumping bra, as I wouldn’t recommend wearing it around the clock, since the compression from the sports bra can encourage clogged ducts. However, if you are in a position where you can just pop this baby on real quick whenever you need to pump, it’s going to be a great option for you.

If you find you want something a little better quality, my favorite pumping bra is the Sublime Hands Free Pumping bra from Kindred Bravely. You can get free shipping on orders over $59 with the code clarkscondensed.

Here’s how you do it!

Lay your sports bra on the ground or on the table.

Put your flange inside your sports bra with the tunnel facing up – you want to line this up with where your nipple would hit the bra.

Use scissors to cut along this line.

Repeat on the other side.

Put the bra on.

Carefully insert the flange into your nursing bra, poking the tunnel through holes you created.

Attach the tunnel of your flange to the rest of your pump parts and pump as you normally would!

I would love to hear if this helped you!

For true hands-free pumping, you may want to consider getting a Willow Breast Pump. This a great option for mothers who are on the go or just want to discretely pump and not worry about being tied to the pump! You can check on Aeroflow to see if your insurance covers one, or you can buy one directly from Willow here.

Breastfeeding and Introducing Solids: Everything You Need to Know
Next Post: 27 Common Breastfeeding Questions – and Answers!